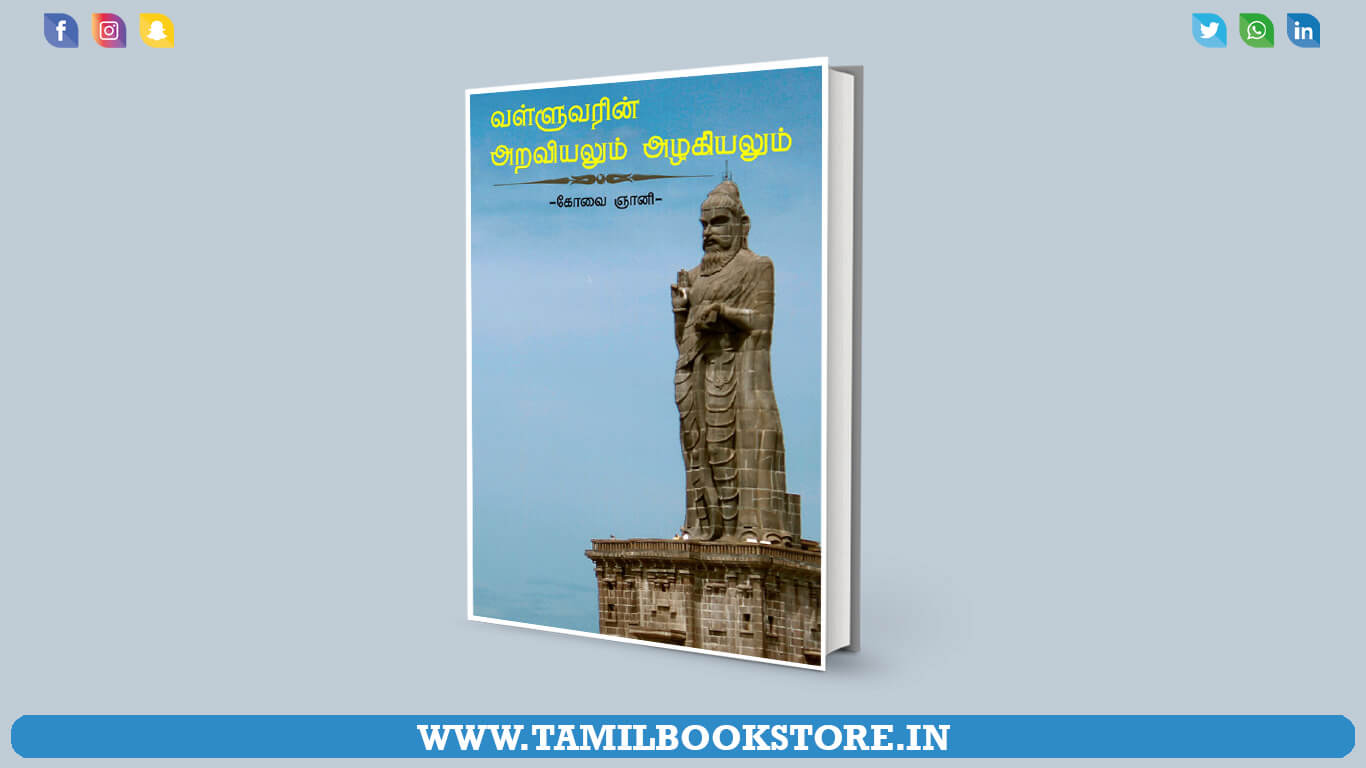 Today, we are going to see about Essay book Thiruvalluvarin Ariviyalum Azhagiyalum written by Kovai Gnaani. Thirukkural is a Tamil ancient book which is speaks about virtue, wealth and love.

Here I would like to briefly record my research method on ThiruValluvar. It was in the context of the 21st century that Sangam literatures and other Tamil epics came closer to us. Thirukkural captivated the hearts of the Tamil people. Only in this time period. What could be the reason for this?

Man is known as the center of history in the context of the 21st century. Science and technology began to unleash the giant bushes of nature. We came to know about historiography. Kings are no longer needed. Restrictions on religious pedestals are not necessary. Man can create his own historical context and economy.

Man can rule himself. Sovereignty and monarchy are not permanent. Samadharma can be the source of human life. God, the soul, the evil, the prenatal, the supernatural are all illusions created by man. The historical contradiction that operated under these by dispelling illusions can be seen by man.

why Thirukkural needs in even 21st Century?

This is the reason why Tamil literature, including Thirukkural, is so close to us in this 21st century context. We need a nation. want liberation, want life. We need virtue, we need government. There should be no more room for inequality. Castes are not required. Religious riots are not necessary. Human personality must be respected. There can no longer be room for exploitation and oppression. We need love between human beings. Equality must. We must be close to nature.

Such sentiments were as emphatically recorded in the ancient Tamil literature as needed. This may also be the reason why we are so close to the medieval religious literature.

Monks and trees are not needed today. No need for superficial faith. Destiny cannot determine our life. We need no other god but love and knowledge. We cannot do without morality to share with the people everything that does not allow for inequality. The sense of charity that we need today is overflowing. So until today we learn with love, over and over again.

I learned Thirukural not only as a Tamil but also as a Marxist with a sense of love. For me being Tamil or being a Marxist is one thing. There is not the slightest contradiction in me between these. Except for two Marxists in Tamil Nadu, many are not like this. One of the foundations of Marxism is that historiography itself takes place in the way of the class struggle.

standing up for ThiruValluvar

The class struggle must have taken place during the ThiruValluvar period and in some form. The Marxists then gave a similar interpretation to ThiruValluvar, standing up for ThiruValluvar on behalf of the business class and the ruling class, by raising the question of what class he stood for. I do not agree with this explanation in any way.

Above Life’s Turmoil by James Alan in Tamil [Motivational Book]